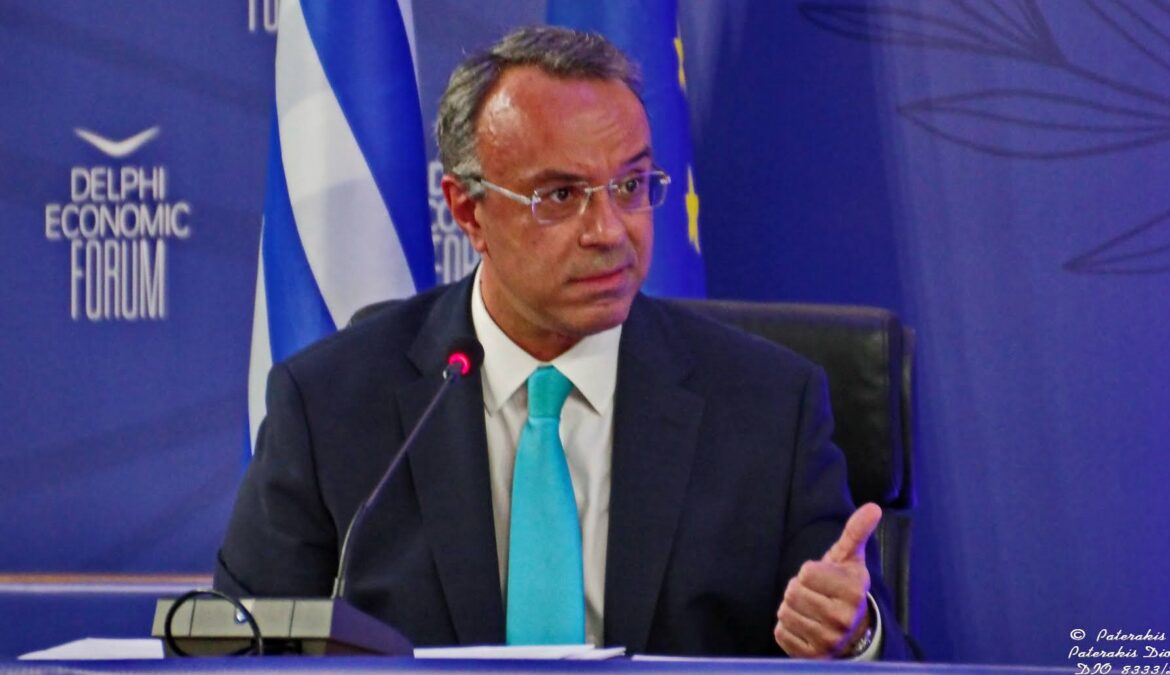 The redirection of Greece’s growth model towards investments and exports*

The world and our national economies are still faced with unprecedented and continuous exogenous crises in the areas of health, geopolitics, energy, inflation and climate change – a phenomenon that has led to the widespread use of the word “permacrisis” – Collin’s Dictionary chosen word of the year for 2022.

In these turbulent times of ongoing high uncertainty and instability, reinforcing the resilience and competitiveness of our economies is a major challenge. Governments are called upon to work together and develop timely, effective and farsighted policies.

In the case of Greece, during the last three years the Government has been planning and implementing policies reflecting the aforementioned principles and resulting in important achievements, as confirmed by all “stakeholders”.

1st. The economic activity maintains its growth momentum and trajectory.

We achieved a V-shaped recovery in 2021 (according to ELSTAT, real GDP grew by 8.4%) and in the 2023 State Budget we project 5.6% growth in 2022. This estimate is rather conservative, as proved by the European Commission’s Autumn Forecast, according to which Greece will present a 6% growth rate – twice the European average.

While, for 2023, a year of significant slowdown of the European economy, even recession in some countries, the European Commission predicts that Greece will present the third highest growth rate in the Eurozone and three times the European average.

Growth is combined with the improvement of the quality of the GDP, which gives sustainability to economic growth and constitutes a valuable springboard for further strengthening our country.

This improvement stems from the impressive strengthening of investments and exports.

This year, it is estimated that, following last – and at record levels – year, we will have a new historical performance in foreign direct investments and exports of goods and services.

In addition, the export base is significantly diversified, registering an impressive increase in the export of high-tech goods, which are now approaching the percentages of industrialized countries, such as Germany.

4th. The banking sector has made marked progress.

Further improvement is projected for 2023.

6th. The Greek sovereign has been upgraded 11 times in the last 3 years, including 4 upgrades in 2022, following the war’s onset.

After more than ten years, Greece has returned to normal European surveillance.

All the above prove the effectiveness of the Government’s prudent and reform-oriented economic policy, based on 6 pillars:

1st Pillar: Providing well targeted one-off support measures, especially for the most vulnerable part of the society, taking into account that this policy does not compromise our fiscal targets and the dynamics of our public debt.

4th Pillar: Enhancing liquidity in the real economy, through banks’ credit expansion, the development of the Loan Facility of the Recovery and Resilience Plan, as well as the implementation of the new insolvency framework.

5th Pillar: Utilizing public property through the implementation of the Asset Development Plan, as well as of structural reforms.

Indeed, we have completed a number of important reforms to digitalize public administration, to reorganize the pension administration, to simplify the framework for investment licensing, to provide a modern corporate governance regime, to establish tax incentives in order to boost research and innovation and to increase the size of firms.

The National Recovery and Resilience Plan, Greece 2.0, is in full swing. To date, 440 planned projects and subprojects have been incorporated into the implementation phase, of total face value equal to 13.7 billion euros.

Evidently, despite difficulties and international volatility, Greece has turned a page.

As a result of the implemented economic policy, Greece emerged as the champion in improving the business environment for the last three years, according to a recent report by the Economist Intelligence Unit. More specifically, Greece’s ranking increased by 16 places, compared with the fourth quarter of 2019.

However, we still face lingering uncertainty, significant challenges and downside risks related to energy prices and inflation. All these require persistent reform efforts at the national level, as well as decisive solutions at the European level.

We are committed to continue working hard in order to overcome the difficulties and strengthen Greece and Europe as a whole.

* Based on the speech delivered by the Minister on November 15th, 2022 in the “2022 Global Innovation Summit”, organized in Athens by the Global Federation of Competitiveness Councils in partnership with the Council on Competitiveness of Greece and the Delphi Economic Forum.