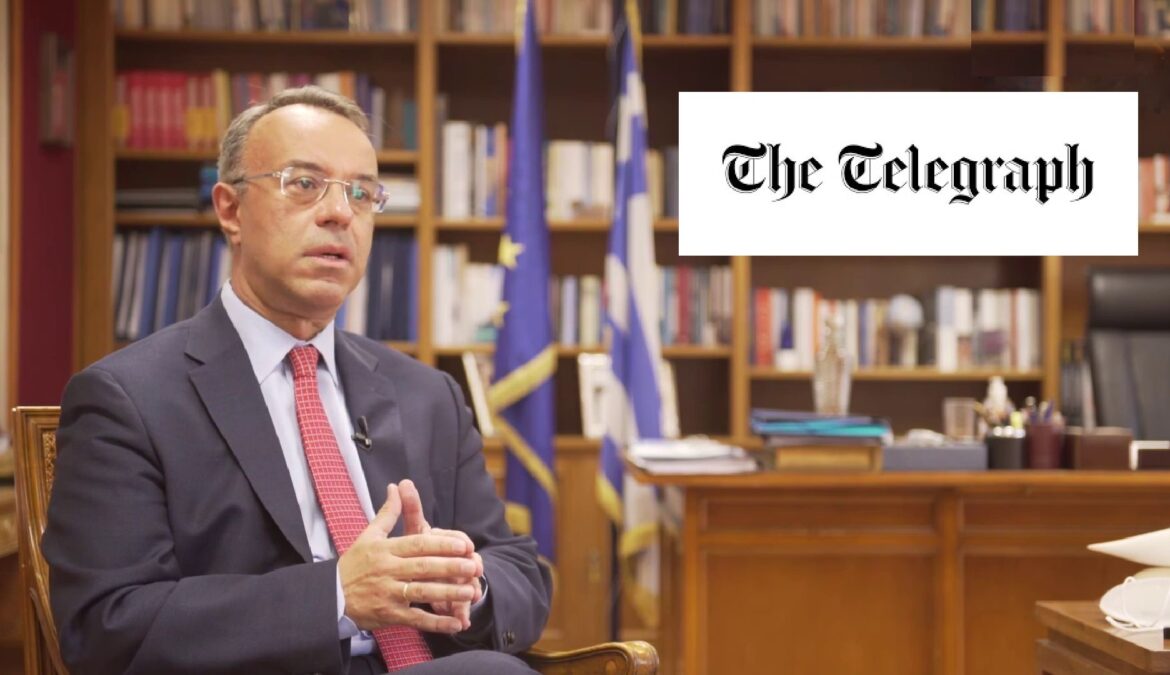 Greece is demanding a relaxation of European debt rules to allow a wave of green investment as Brussels braces for an explosive battle over spending limits.

Mr Staikouras, who heads economic policy for the EU’s most indebted country, has been encouraged by the new coalition in Germany suggesting there is “room for manoeuvre” as Europe gears up for a fierce debate on the regulations this year.

In an interview with The Telegraph, he said the debt rules must ensure fiscal prudence but also allow for “realistic” debt reduction targets along with exemptions for specific investments such as green spending.

The intervention is likely to raise hackles in the European north, where voters and politicians have long feared they will be forced to bankroll risky spending by southern nations.

Greece is already the EU’s most indebted country with the pandemic pushing its public debt above 200pc of GDP – more than double the level in Germany – and required a series of bailouts during the eurozone debt crisis which almost broke the bloc apart.

Mr Staikouras, a former analyst at the Bank of England, said: “We expect that there will be changes and amendments, taking the lessons from the pandemic and the eurozone debt crisis.

“They have to ensure fiscal sustainability and credibility but on a realistic basis without jeopardising economic growth. Debt reduction should be gradual, sustained and realistic, with a greater sense of national ownership.”

Many countries in southern Europe have complained that the current rules – which limit public debt to 60pc of GDP and prevent deficits higher than 3pc – do not allow them to invest to spur growth and cut emissions.

The debt rules under the Stability and Growth Pact have been suspended until 2023 because of the pandemic.

Many southern countries, including France and Italy, believe that bringing them back is unfeasible after the surge in government debt and need for public investment in the climate transition.

Mr Staikouras has been encouraged by initial signs from Olaf Scholz’s new German government, which will be a key power broker in talks.

He said: “According to the coalition statement released recently in Germany, it seems there is room for manoeuvreregarding the European fiscal rules.”

The pandemic set back the Greek economy’s recovery, with output still well below levels from before the debt crisis, although GDP bounced back strongly from the pandemic in 2021.

Mr Staikouras expects “high and sustainable growth” from 2022 as his pro-business reforms begin to bear fruit and attract foreign investment.

European Commission forecasts suggest investment will rise by up to 16pc in coming years compared to an average of only 5pc for member countries.

He said: “In the following couple of years, it seems that we will manage to significantly close the investment gap that was created the previous decade.