Competitive advantages of the Greek debt

Greece’s economy is growing fast, but the country still has the highest debt to GDP ratio in the eurozone, amounting to 189%. The unemployment rate is among the highest while at the same time the minimum wage is ranking among the lowest in the euro area. The current crisis is turning the spotlight once again onto the South. Euronews’ Symela Touchtidou spoke to the current Greek Finance Minister, Christos Staikouras.

Symela Touchtidou, Euronews: Greece has recently exited the enhanced surveillance programme. What does this practically mean for the Greek people?

Christos Staikouras, Greek Finance Minister: It’s a great success for Greece. On the sacrifices, the huge sacrifices of the Greek citizens. This is collectively a success for good government and our partners. This means that we are back to normality for the first time since 2010. This will have positive, direct and indirect effects on the Greek economy and society. We improve our access to international markets. We boost the preconditions for higher and more strong and robust economic growth in order to attract much more investments. And we are much closer to achieving the final goal, the final milestone of our economic policy, which is investment grade status.

Symela Touchtidou: Practically, Greece has now more economic freedom, but it comes at a time when the perspective for the European and the global economy is quite gloomy. So how much room do you actually have to help people, households and businesses in Greece?

Christos Staikouras: We tried to create a fiscal room in the fiscal space in order to create a safety net around household-sensitive prices. And we have too, in the last three years, managed to implement efficient fiscal measures in order not only to recover strongly back in 2021, but also to reduce unemployment, which is crucial, taking into account that we had the highest unemployment among all EU member states. At the same time, it seems that we have robust economic growth. So we will take into account this economic performance in order to create the preconditions to reduce even more taxes and social contributions and at the same time, to be very close to Greek society, in order to implement the fiscal measures that are needed, in order to counter part of the sacrifices caused by the economic crisis: the energy crisis that we face at the European level recently.

Symela Touchtidou: And the bill from all the support measures. Does it concern you that it might weigh heavily on Greece’s public debt, which is already high?

Christos Staikouras: First of all, public debt as a per cent of GDP decreased by 13% back in 2021, the largest decrease since the beginning of the eurozone. And we expect this decrease to be much higher in 2022. We have cash reserves at around €49 billion as a percentage of GDP amongst the highest at the European level. At the same time, a significant portion of debt is on the official sector with fixed rates. And the most important issue is that the annual gross financing needs stand at around 10% of GDP – half of what the European average is. All these are competitive advantages of the Greek debt, compared with many other European peers.

Symela Touchtidou: And looking ahead, there is a discussion in the EU about fiscal rules and economic governance. Do you believe that the rules on debt should be rethought? And what would you propose to your counterparts?

Christos Staikouras: Definitely, we should incorporate the experience of the severe crisis we face at the European level in the last three years. The basic component is that we should have fiscal discipline, which is a prerequisite for economic growth, but at the same time, fiscal flexibility to take into account the economic cycle. At the same time, we should incorporate the experience we faced, by taking advantage of the Recovery and Resilience plan and the independence we have at the European level, in order to implement coherent and sustainable policies at the national level. 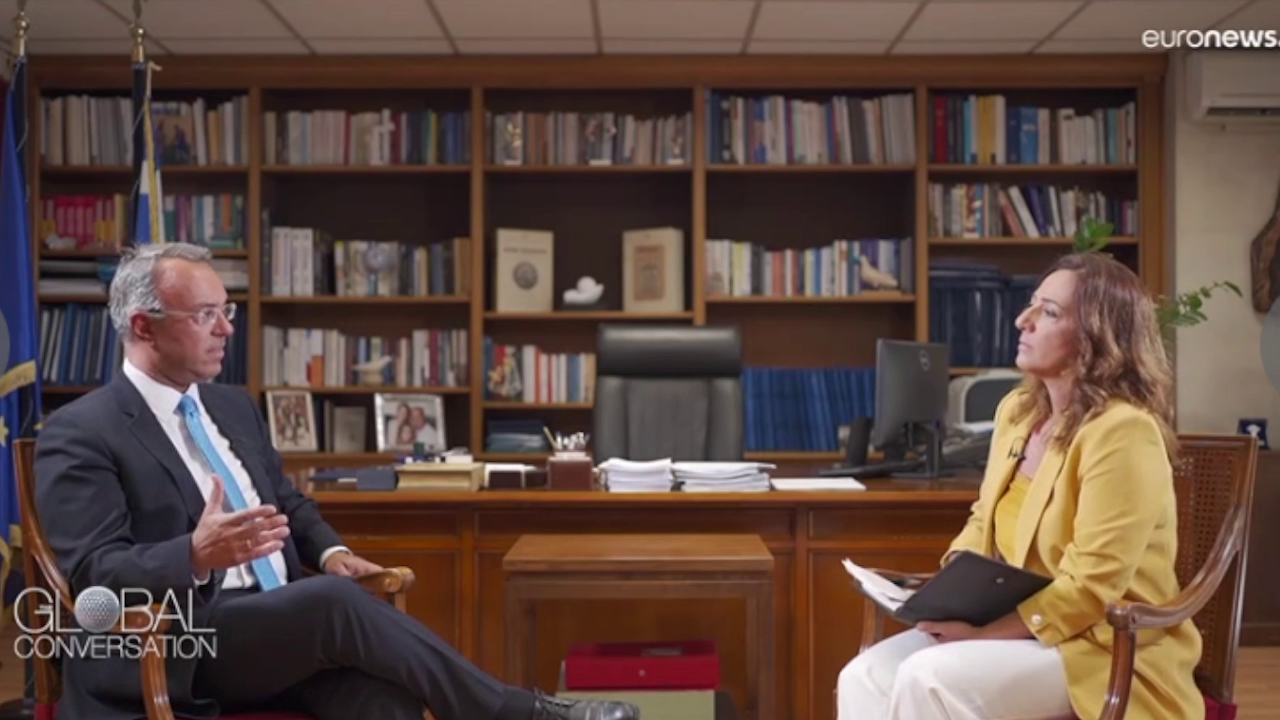