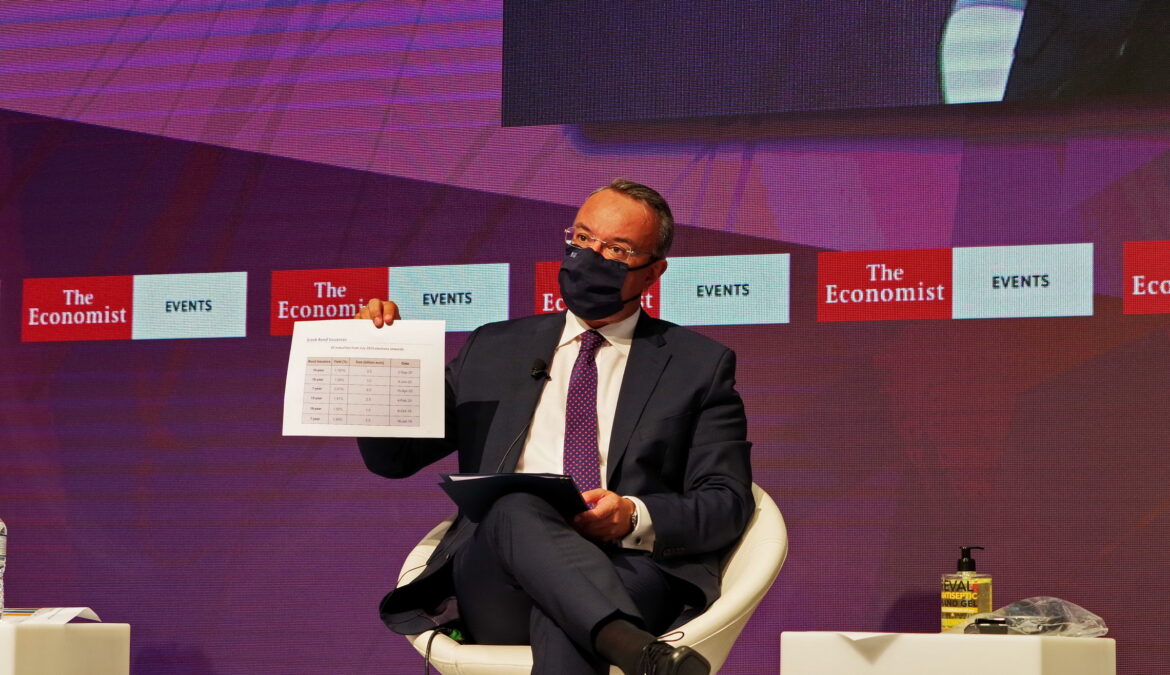 It is a great pleasure for me to be here, with such a distinguished panel, in one more high-level Economist Conference.

A Conference that takes place in a period of high uncertainty, due mainly to the Covid-19 pandemic.

An exogenous shock, leading in the shrinking of European economies, at unprecedented rhythm. 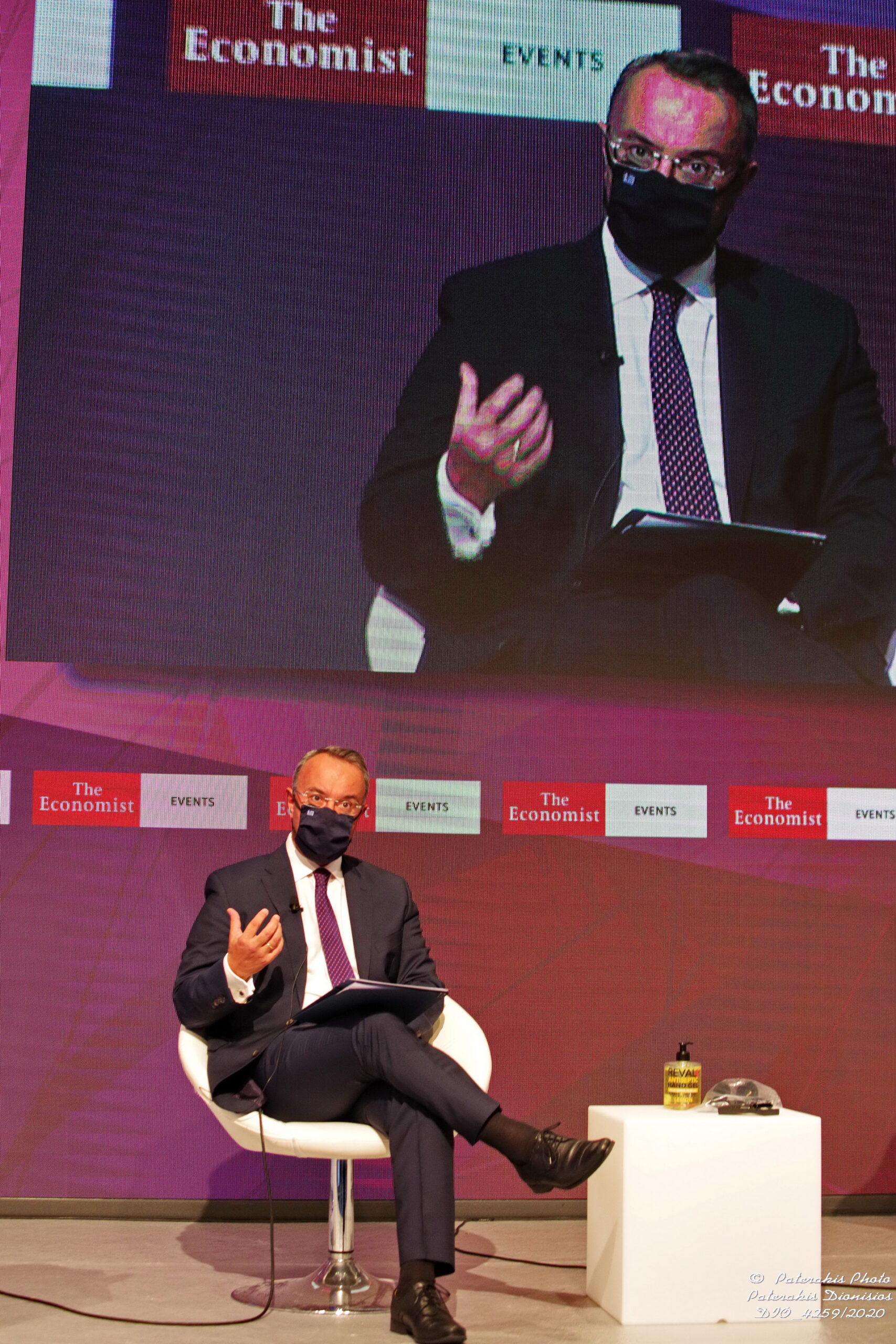 Unavoidably, the same happens to the Greek economy.

Nevertheless, it has depicted remarkable resilience.

This is the result of the timely taken, cohesive, well-targeted measures of the Government, which took advantage of the existing fiscal and monetary flexibility.

This was recognized in June, in the statement of the Eurogroup, which “commended the Greek authorities for the quick and decisive policy response, both in containing the outbreak of the virus and in taking the necessary economic and fiscal support measures.” 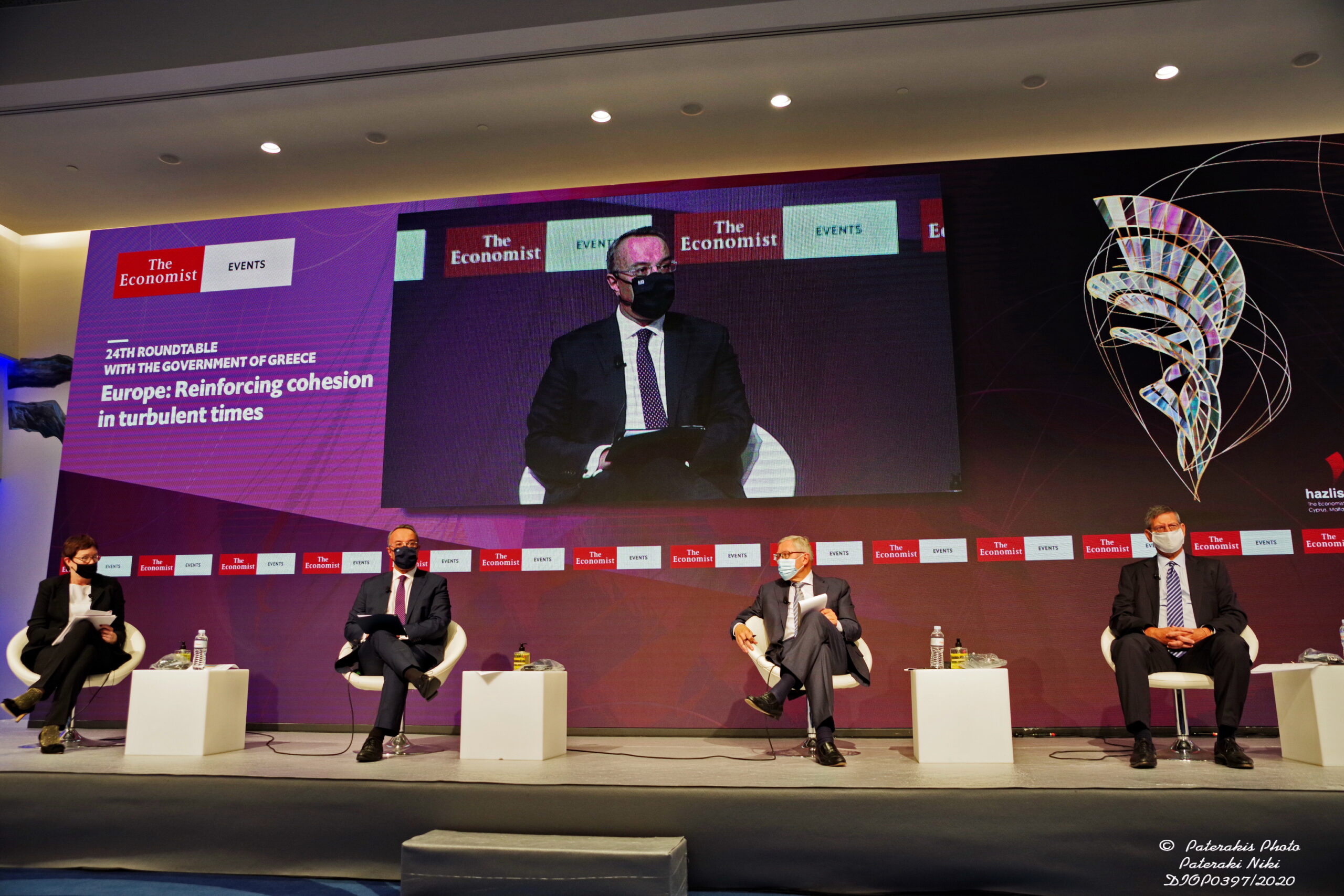 Indeed, we implement fiscal and non-fiscal measures, of a total value of around 24 bn euro, in order to protect human life and public health and to support households and businesses.

These measures include the ones announced by the Prime Minister three days ago, to protect employment, to enforce the productive activity and to support the income of the most vulnerable, while, always, holding reserves for a future, which remains uncertain.

All these are financed by the prudent and neat management of the country’s cash reserves.

Cash reserves which have been significantly strengthened during the last year, through 6 successful debt issuances, of a total amount of 14 bn euro.

The highlight was the most recent 10-year GGB issuance, at the lowest borrowing cost ever for the country.

At the moment, cash reserves stand at 38.7 bn euro, a bit higher compared with the beginning of the crisis.

And they are expected to be further augmented by the use of the existing European financial instruments. 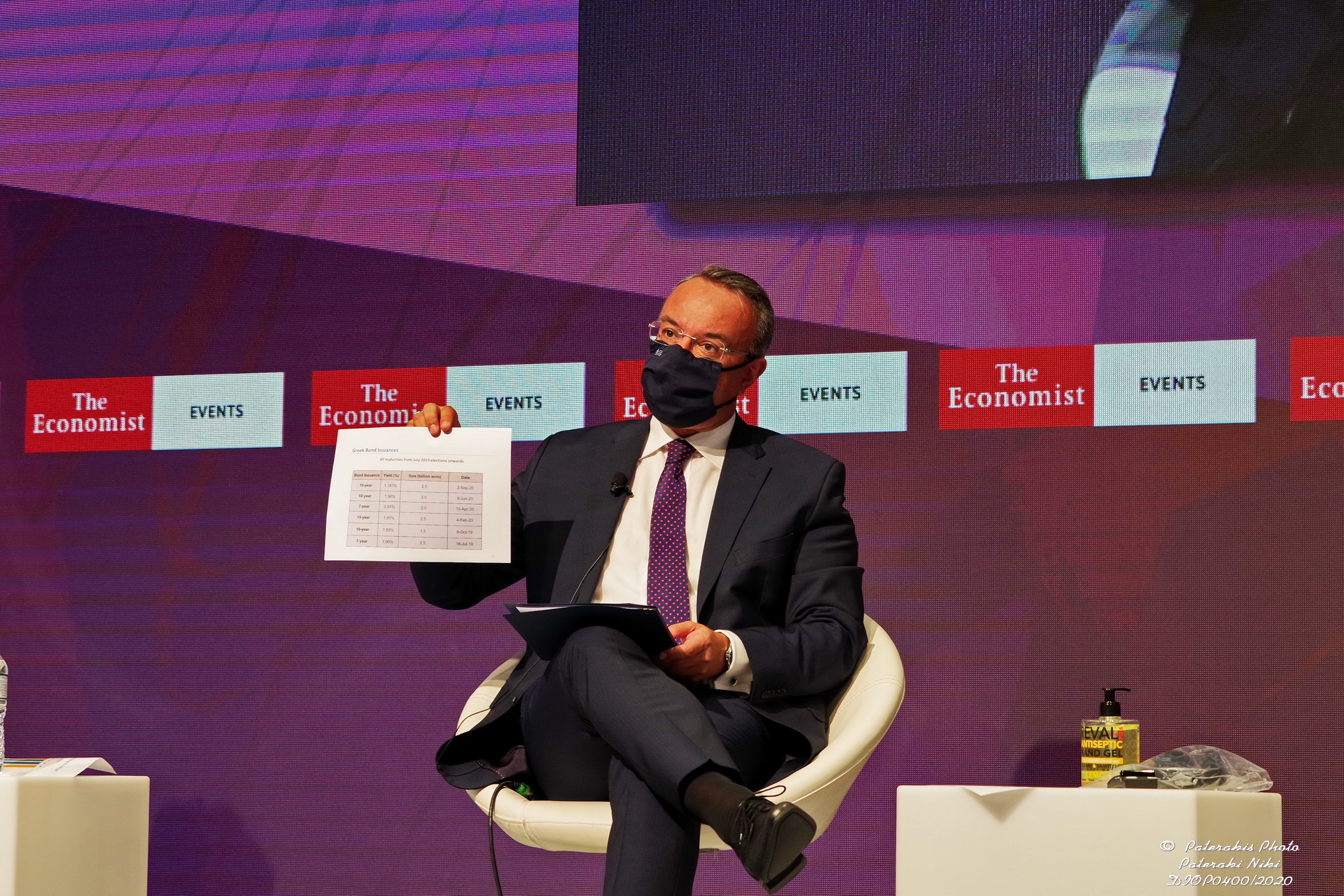 At the same time, amid the crisis, as Ministry of Finance, we proceeded with the implementation of important structural changes.

Indicatively, during the last 6 months:

Consequently, we have made good use of time in order to speed up reforms, aiming at enhancing economic effectiveness and social justice.

Nonetheless, we do not turn a blind eye nor are we celebrating.

We are aware of the national, social and economic challenges ahead of us.

We are in a geopolitically sensitive and interesting area of the planet.

We are working prudently and methodically, to overcome difficulties.

To sear the country’s defense.

To successfully tackle the health crisis, population movement, geopolitical turbulences, the return of our economies to the pre-crisis level, the soonest possible.

To take advantage of the fiscal flexibility, with prudence, which will continue to exist in 2021.

And of course to make the best use of the available European funds, through the implementation of our National Growth Strategy.

A Strategy which will be the springboard to reorient the Greek economy to a new production and growth model, and, thus, to achieve high, sustainable, clever and socially fair growth.

This growth can be achieved based on the important firepower that we have secured; approximately 72 bn euro from “Next-Generation EU” and the EU’s Multiannual Financial Framework (MFF).

More specifically, Greece is expected to receive, through Recovery & Resilience Facility (RRF), about 19 billion euro in grants, while it can receive an additional 12.7 billion euro in loans.

In addition, it will raise 40 billion euro from the Multiannual Financial Framework, for the period 2021-2027. 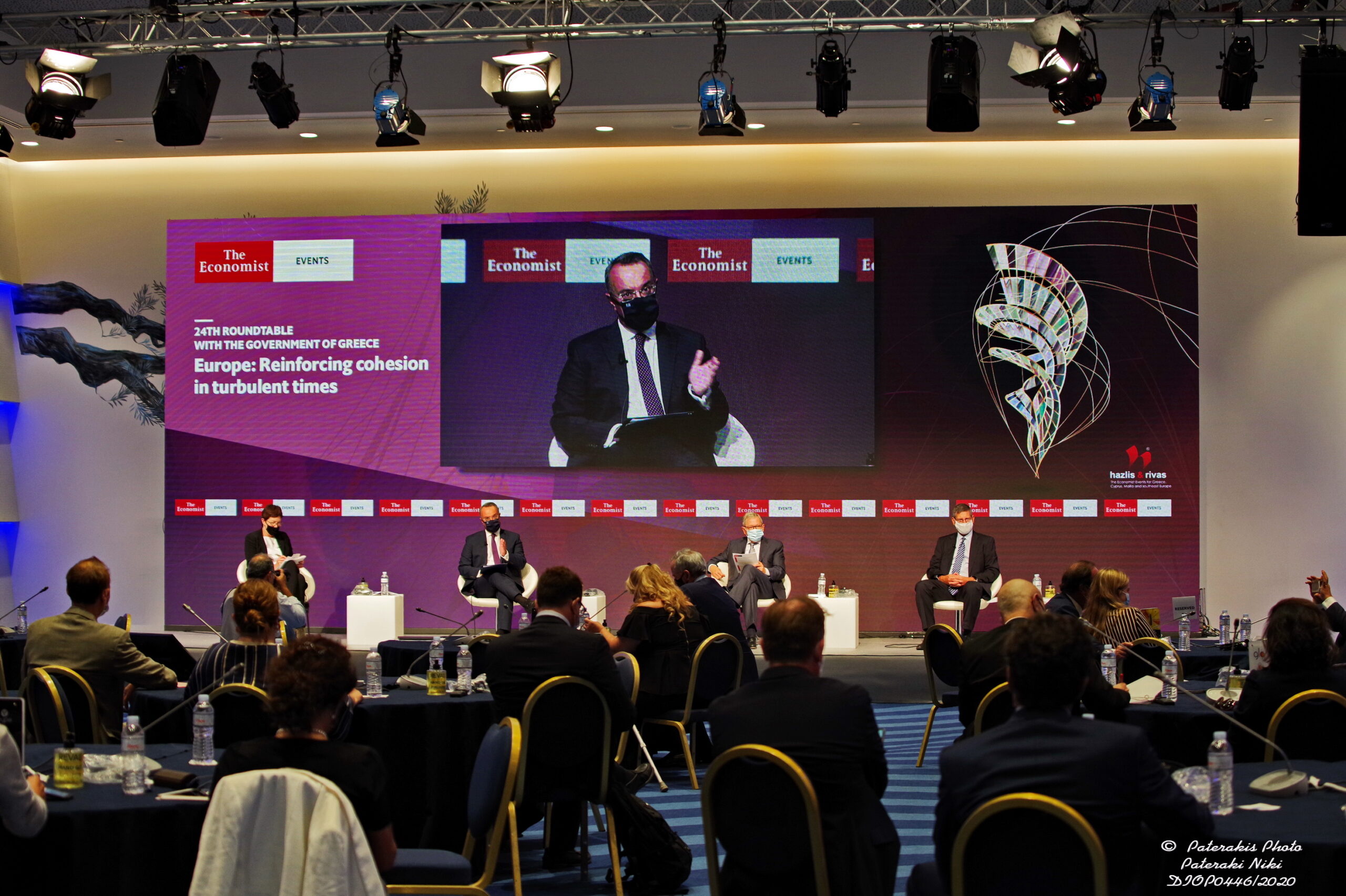 This poses a unique opportunity for Greece to boost economic activity over this period through investments, but also reforms that will have a prolonged and sustainable impact on the country’s long-term economic outlook.

We plan to make the best of use of these funds in order to implement policies based on the objectives set by the National Recovery Plan, which include:

Among other areas, Greece plans major investment in areas including efficient use of energy, networks’ upgrading, renewables, recycling, waste management, protection and enhancement of natural environment and biodiversity.

Such investment will underpin sustainable growth and job creation in ways that protect environment and social cohesion.

Taking advantage of all the above, we will have the opportunity, not only to recover, but to enter a strong and sustainable upward trajectory.

An opportunity that we are decided to seize in order to restructure the economy, to enhance its productivity and to improve its competitiveness.