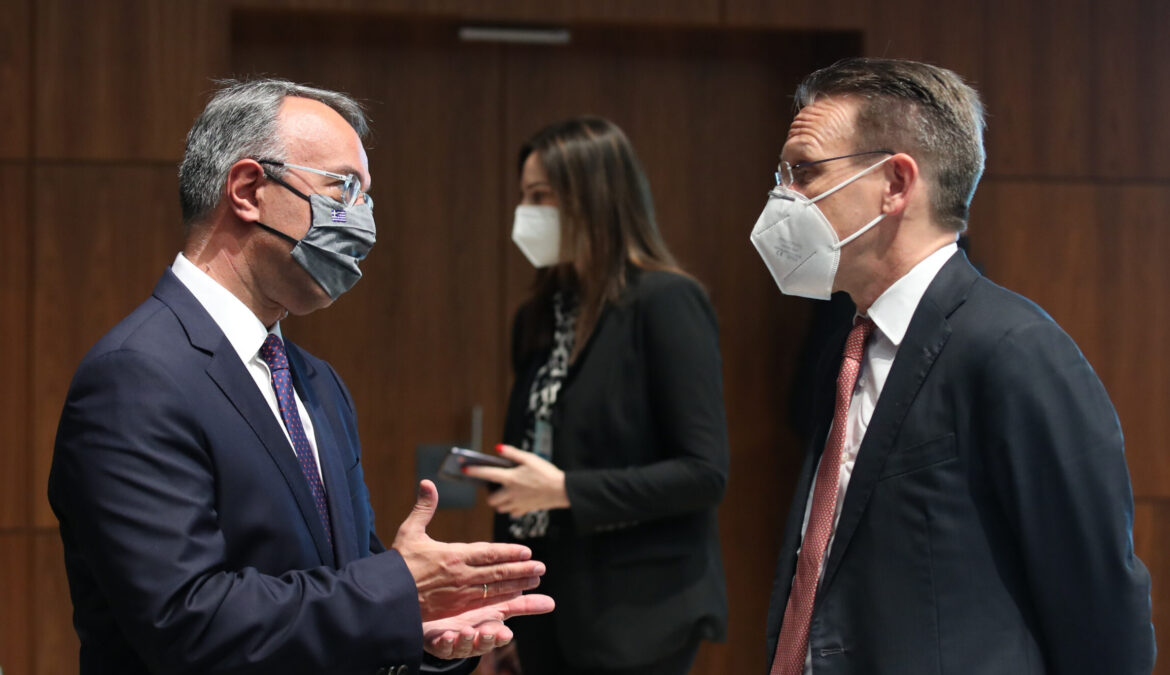 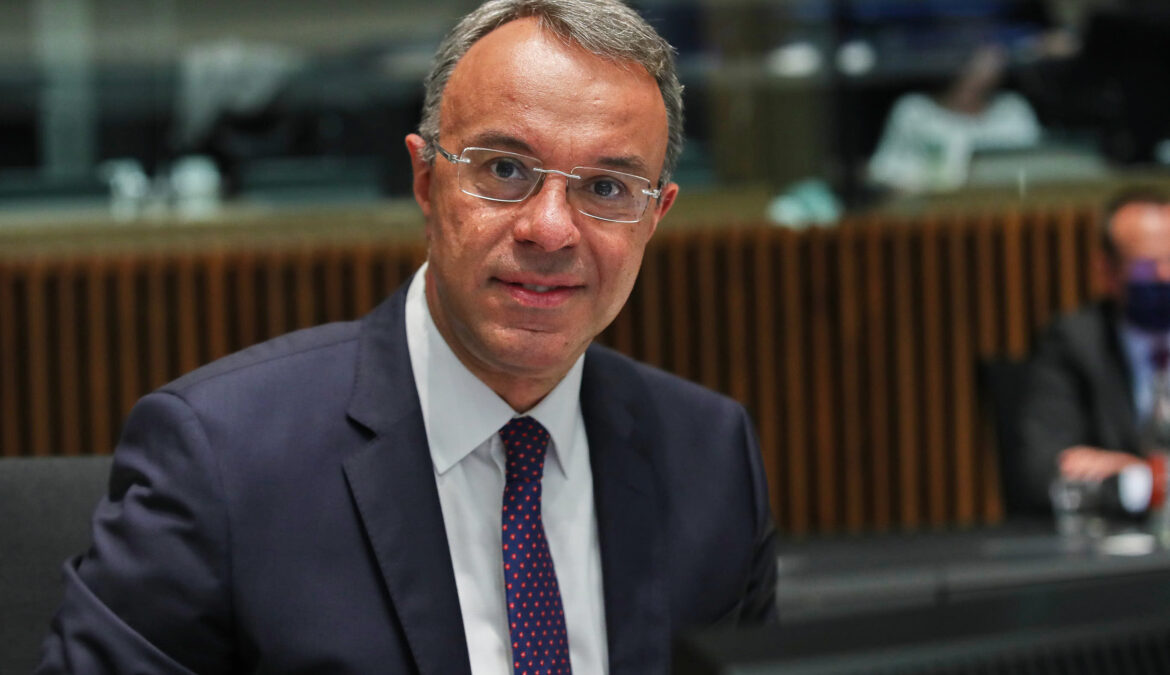 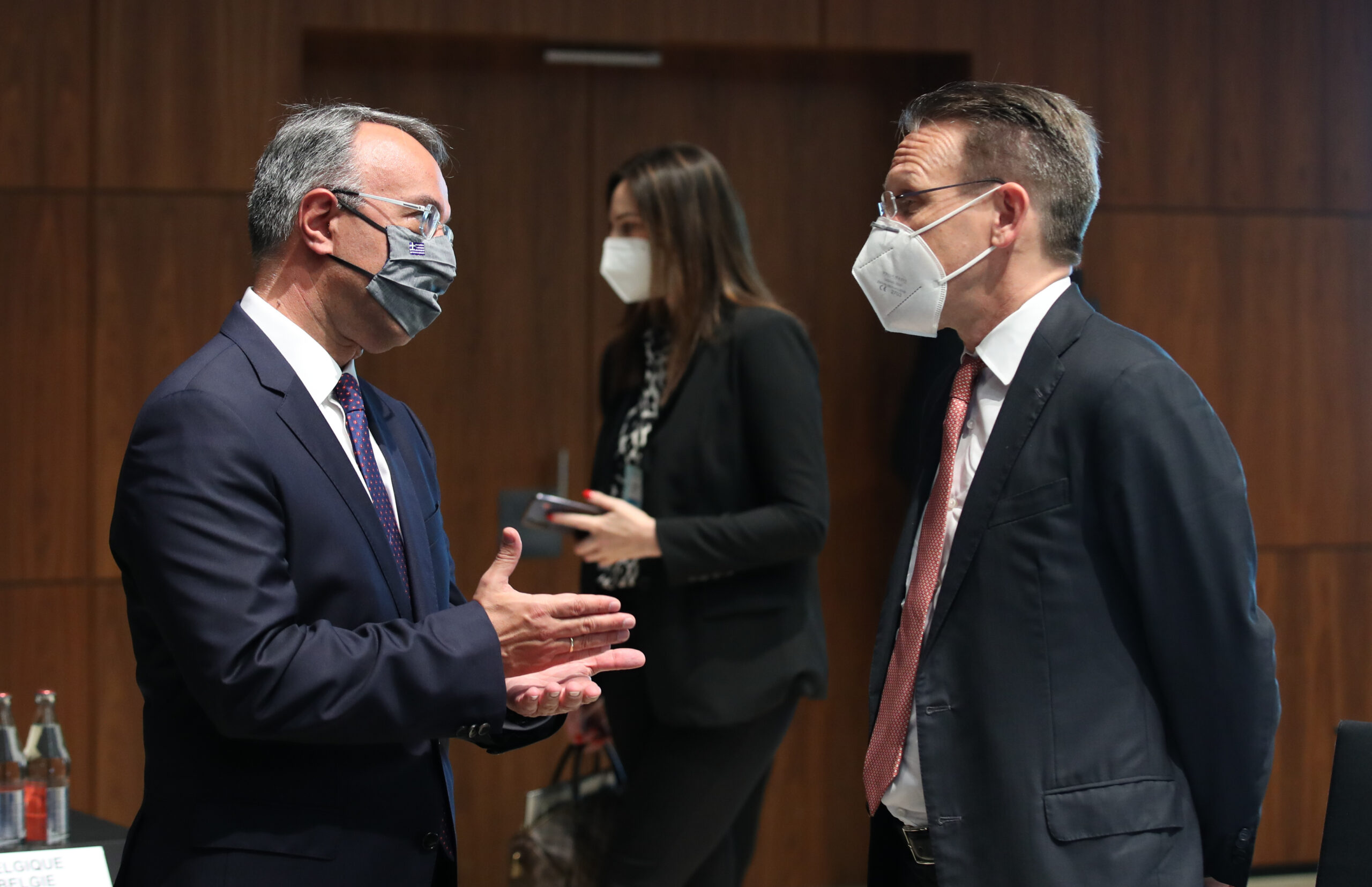 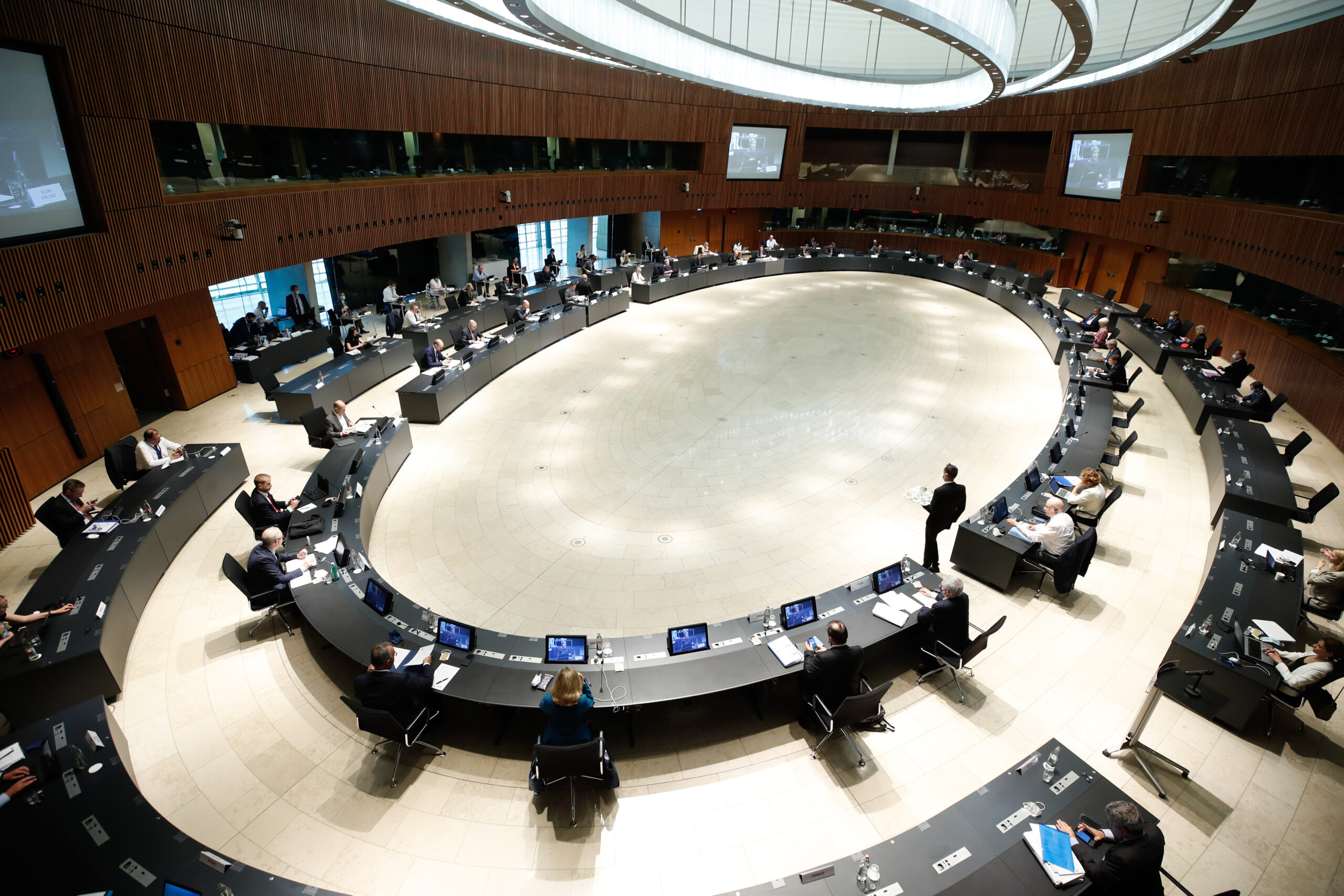 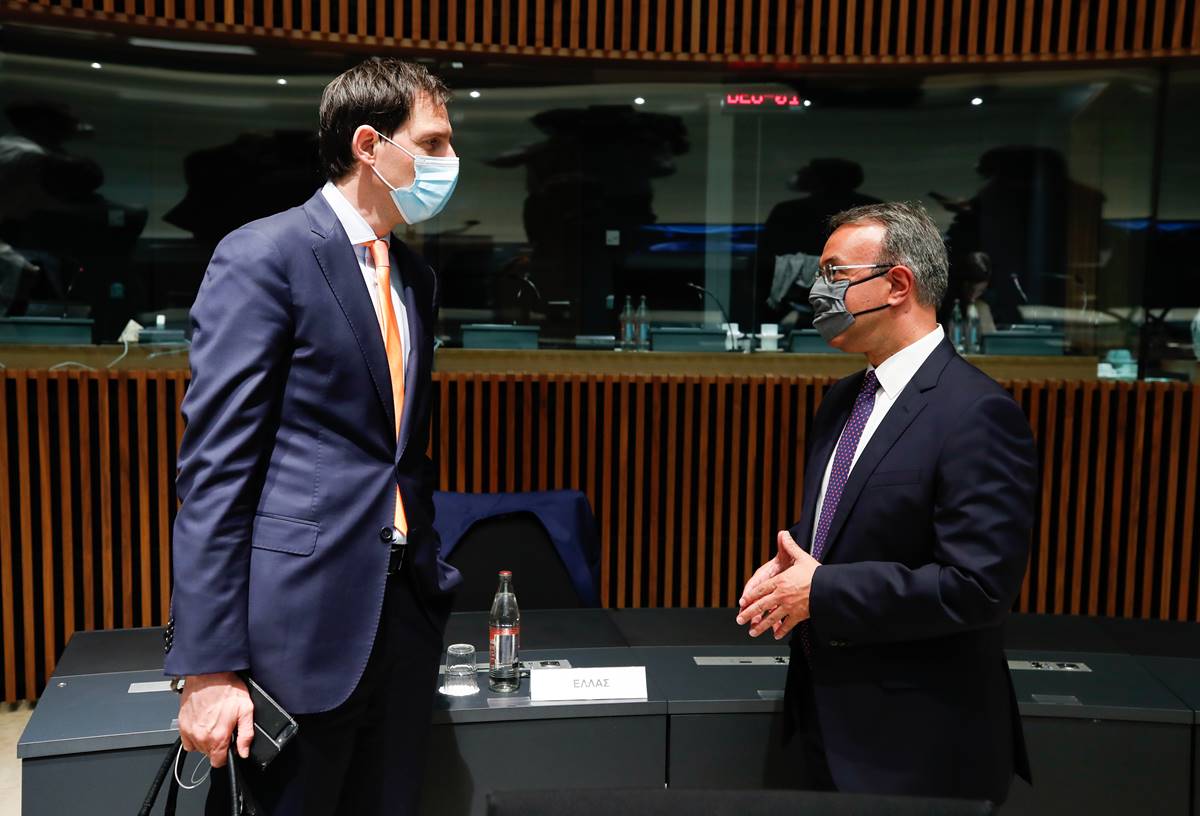 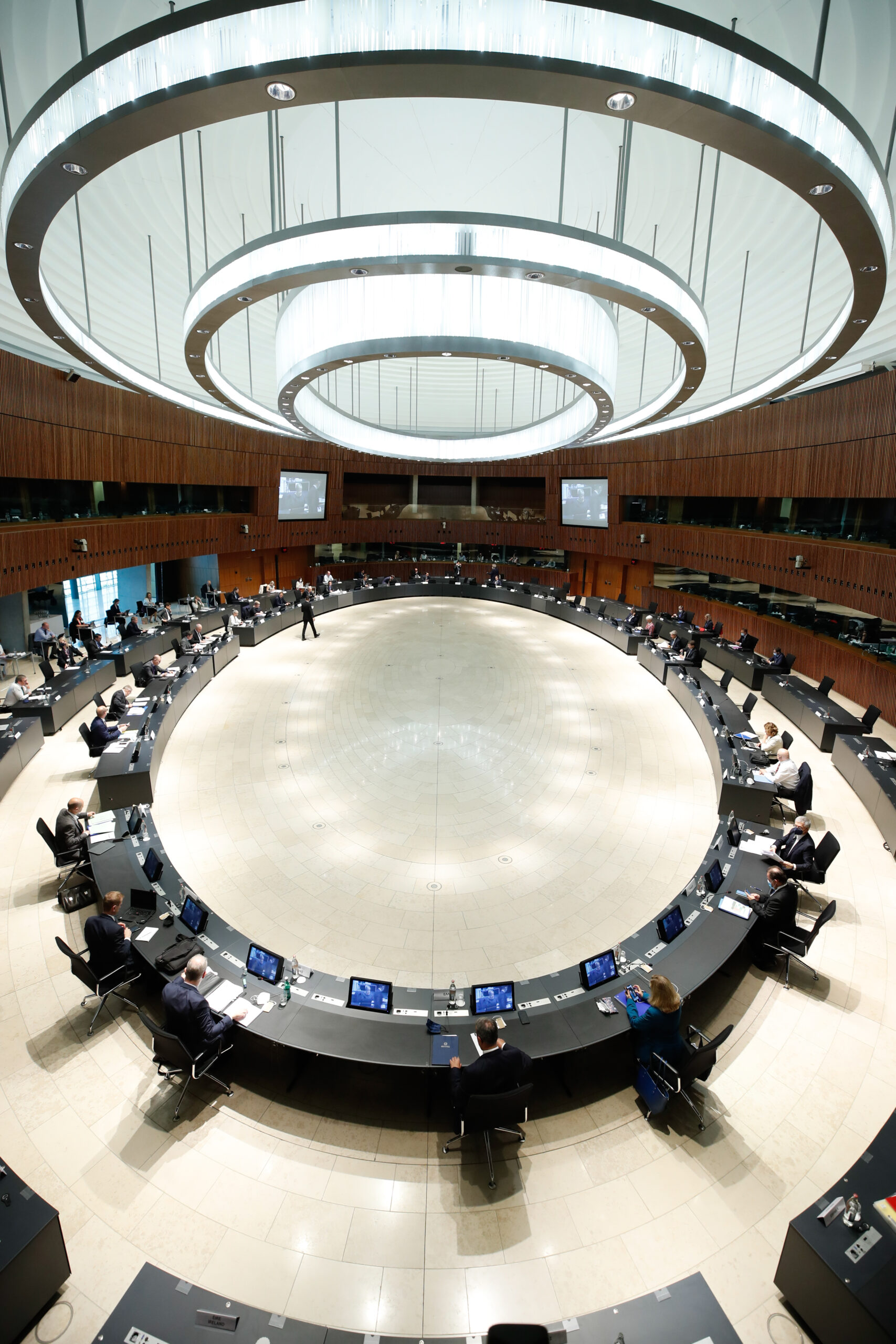 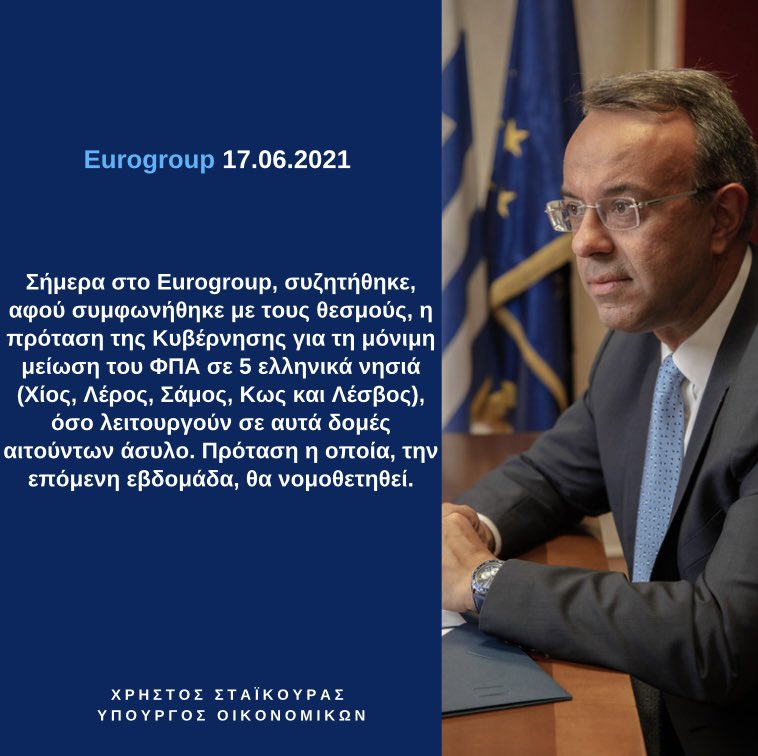 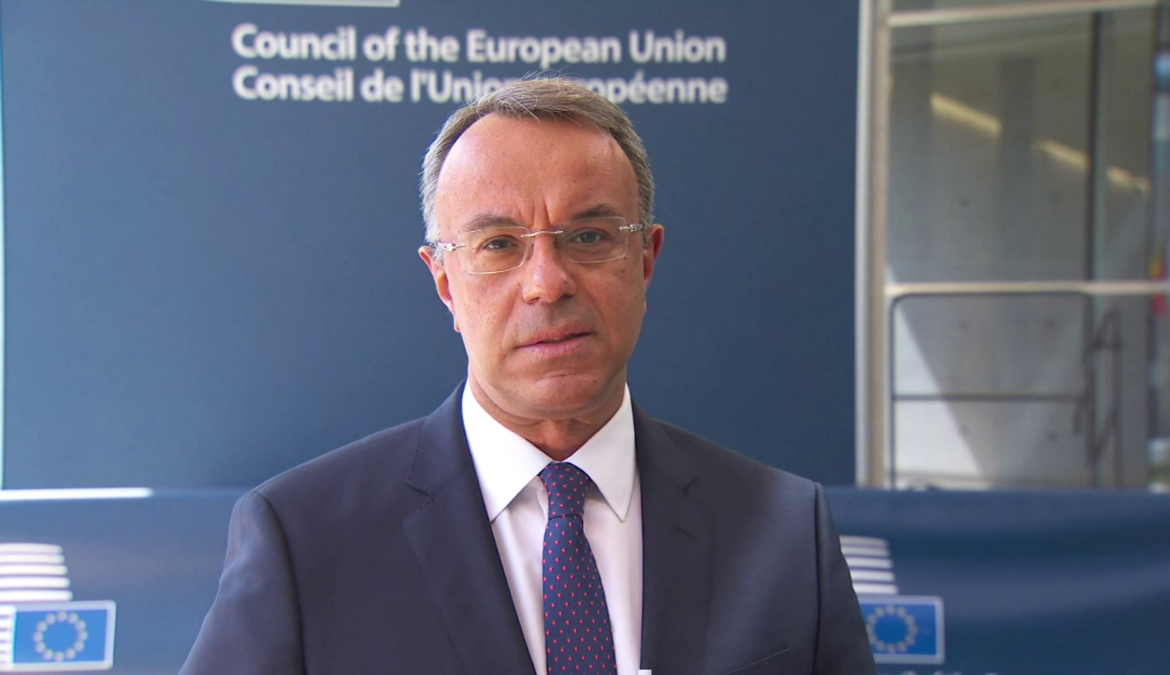 “Europe’s response to the COVID-19 crisis has been prompt, effective and dynamic.

However, challenges still lie ahead.

We have to tackle them collectively.

We have to proceed and complete the hard work we have started in order to present an ambitious plan for the completion of the Banking Union, with solidarity.

We have to reform the Stability and Growth Pact, towards a more effective EU Fiscal Framework.

And, at the same time, we have to proceed fast with the disbursement of the “Next Generation EU” funds.

I am delighted that today the European Commission has approved the Greek Recovery and Resilience Plan “Greece 2.0”.

Based on these priorities, we will manage to achieve strong and sustainable growth, we will create many good jobs and we will enhance social cohesion.” 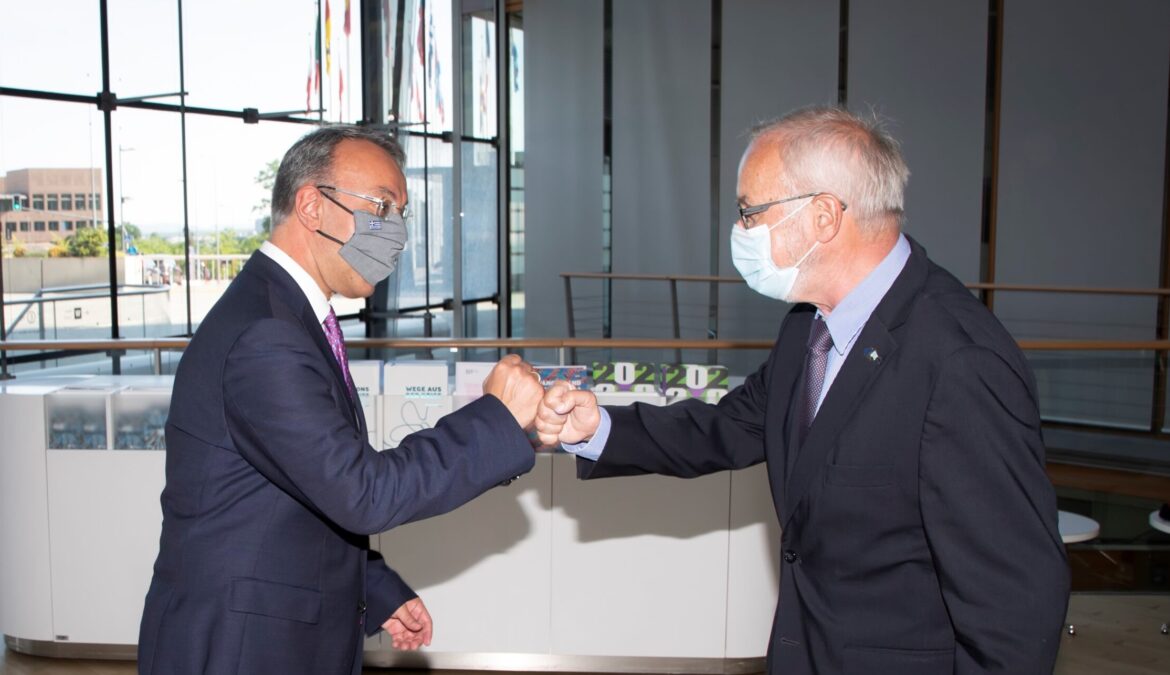 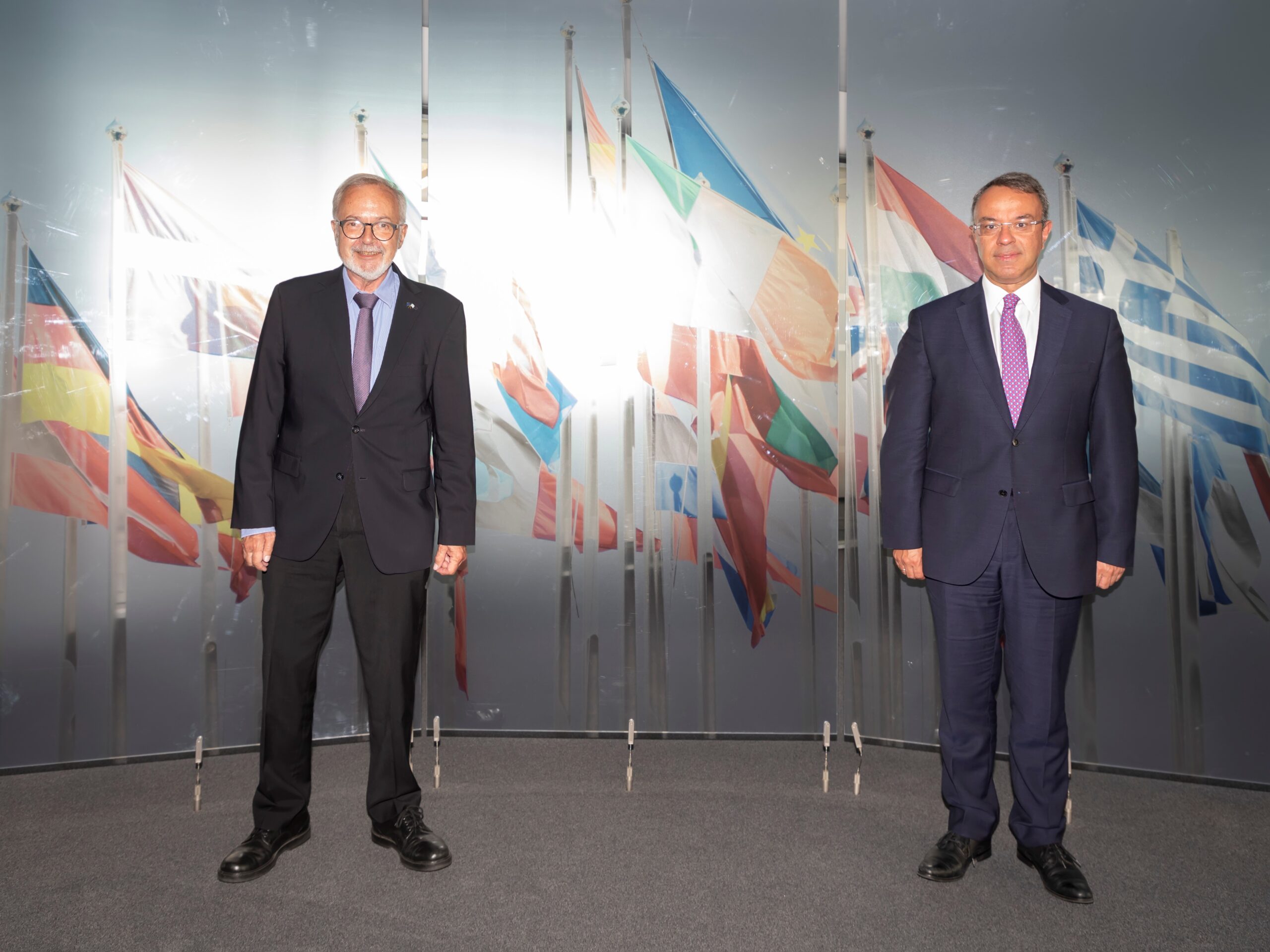 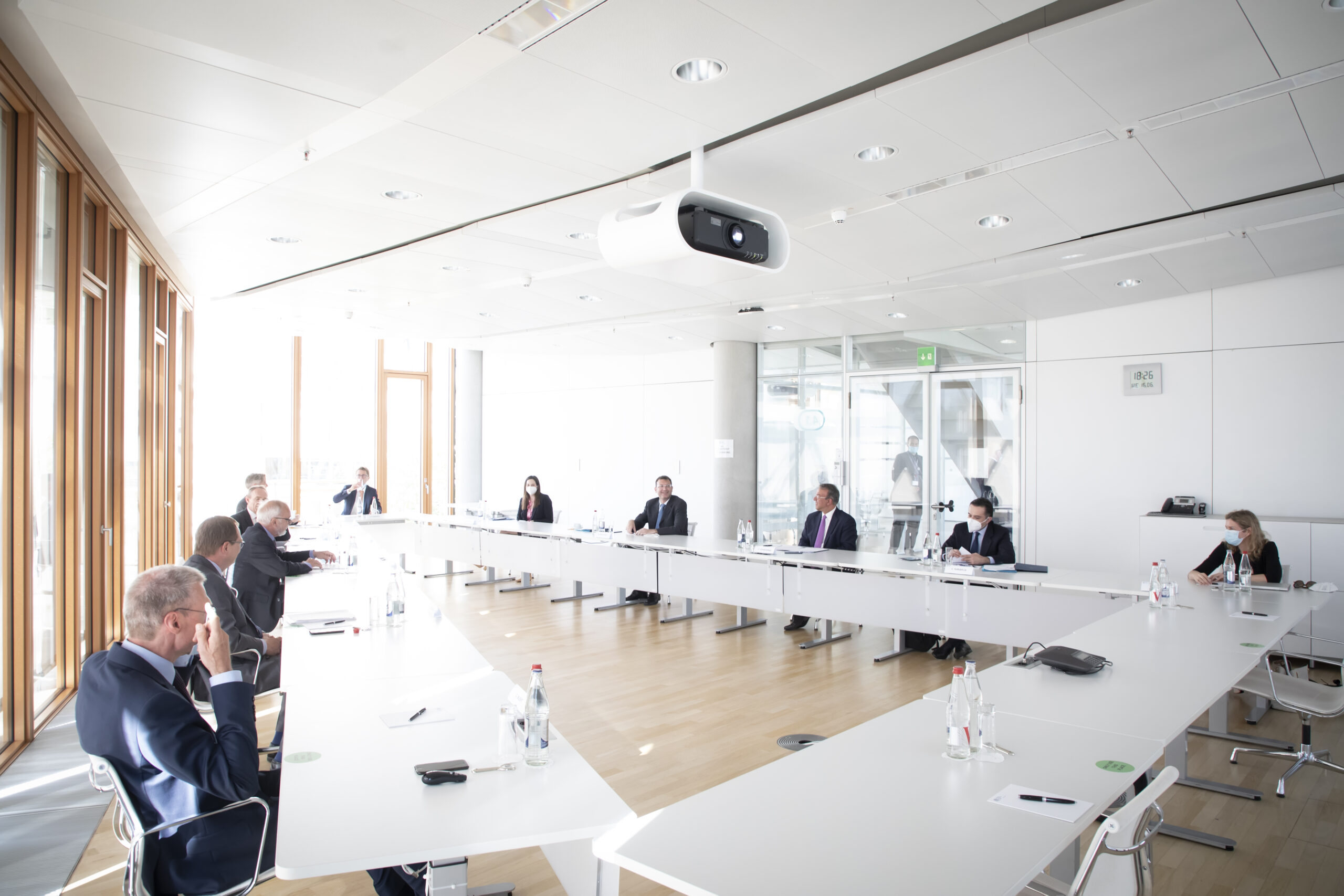 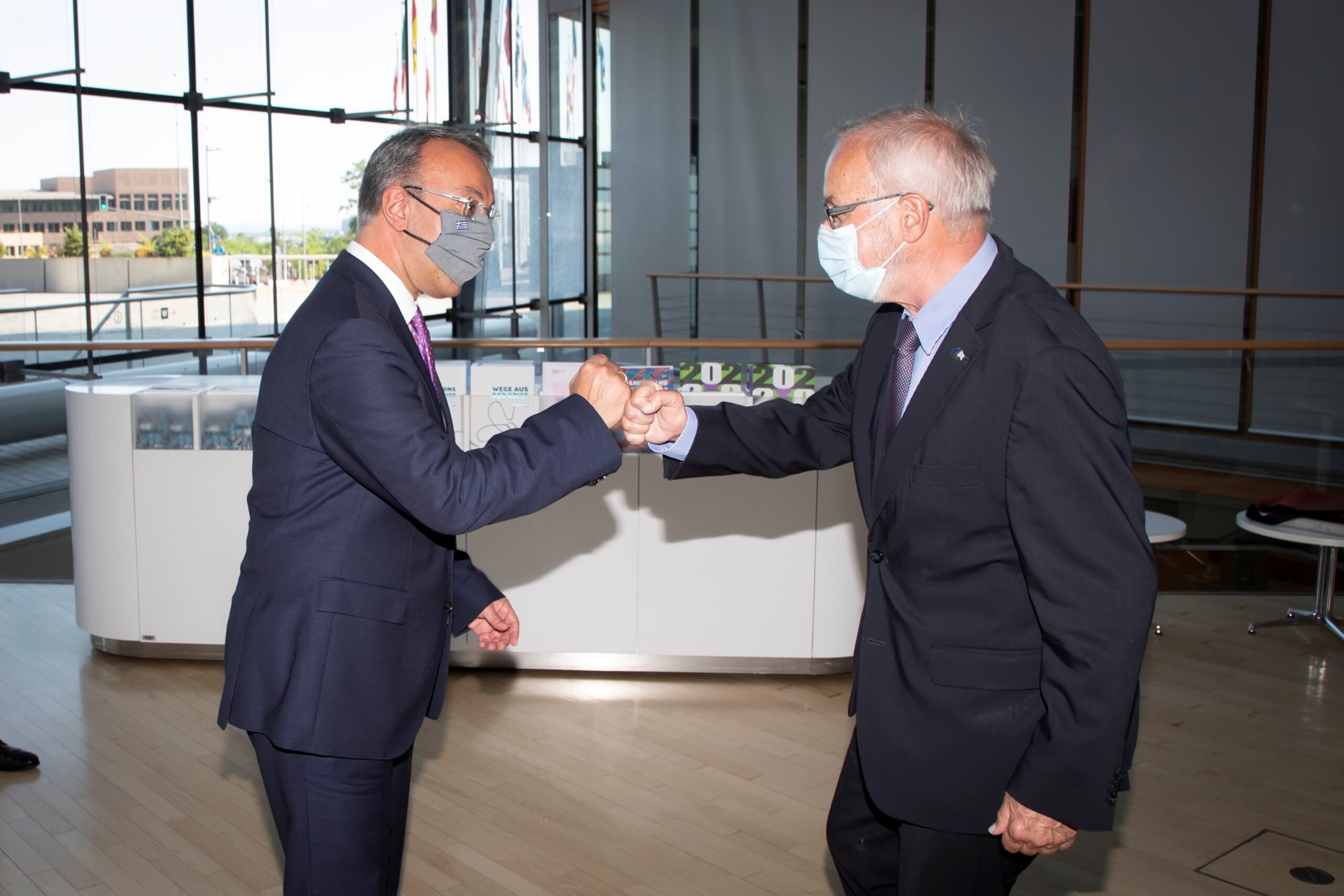 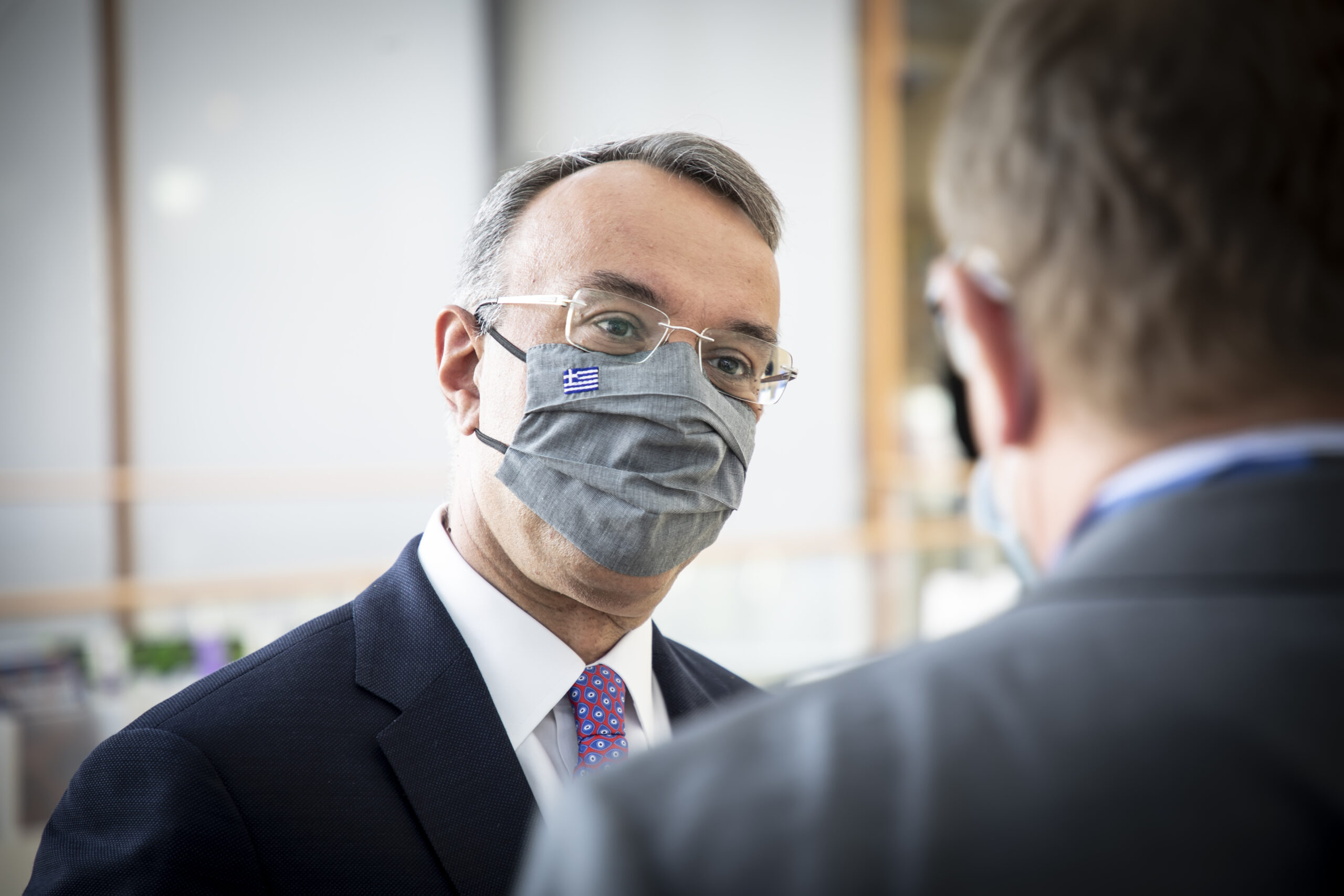 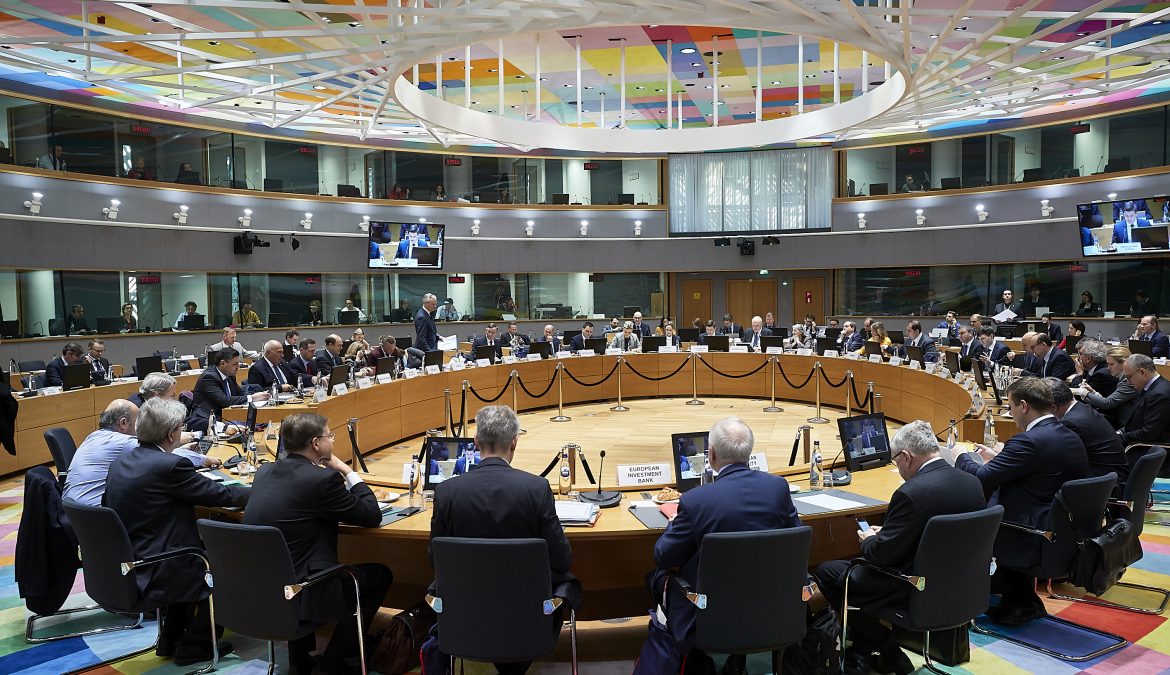 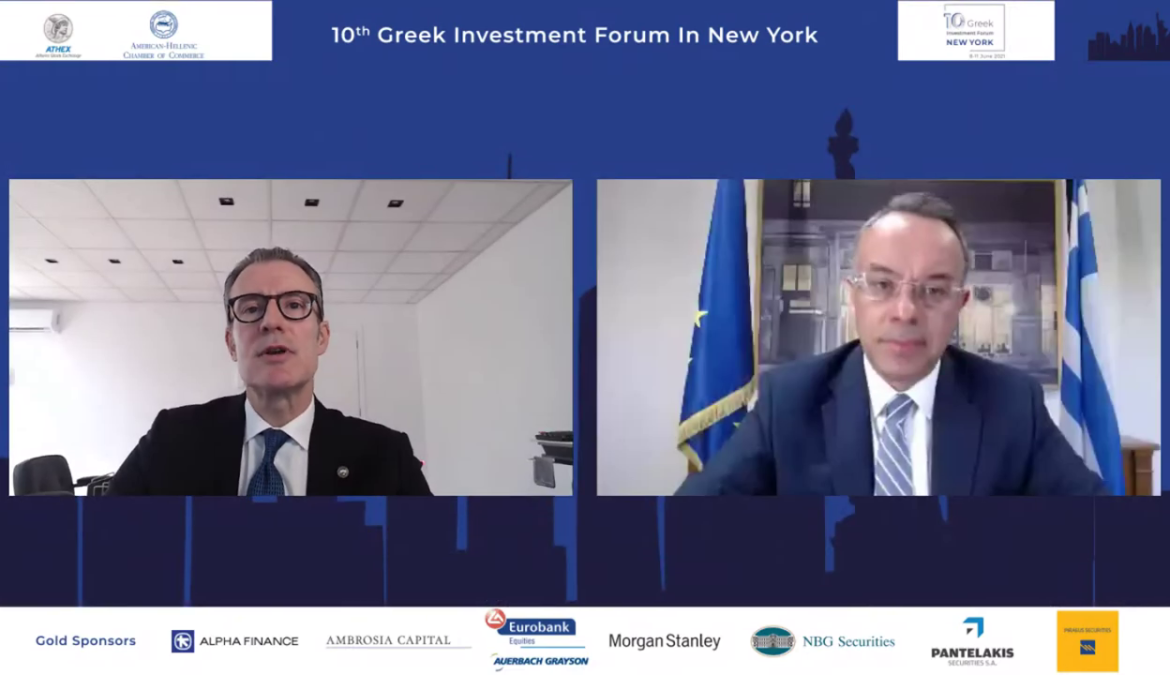 GIG: How has Greece confronted the challenges created by the pandemic? And what are the keys to a strong recovery? 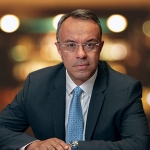 Staikouras: For more than a year now, Greece, as is the case for the whole world, has been facing the greatest public health crisis in living memory. And the Greek people are still facing its unprecedented, multiple, and multidimensional effects in every aspect of their lives.

The progress made on the vaccination front is gradually building a “wall” of immunity in both Greek and European society, paving the way out of the crisis. However, there are still difficulties and new challenges, and while we are starting to see the light at the end of the tunnel, we still don’t know how long the tunnel will be.

In Greece, the Government has been dealing with the health crisis and its impact to the best of its ability. Promptly, swiftly and efficiently, as has been recognised by all stakeholders; namely, institutions, markets, investors, rating agencies, and, last but not least, the Greek society.

We have designed and implemented a large set of timely-adopted, well-targeted, fiscal and liquidity measures that help cushion the social and economic cost of the pandemic. Measures that are being financed by the prudent and neat management of the country’s cash reserves.

At the same time, during the past months and amid this crisis, we have significantly stepped up the pace of reform implementation, while we have also successfully tapped the markets at a historical low cost and managed to rebuild our curve.

Furthermore, with an eye to achieving a strong recovery and entering a path of sustainable and inclusive growth, our Government has been working hard on its National Recovery and Resilience Plan, dubbed “Greece 2.0”.

This is a realistically ambitious, modern and extroverted plan, that will act as a catalyst for the reorientation of our economy towards a new, innovative, competitive, and socially just productivity model. 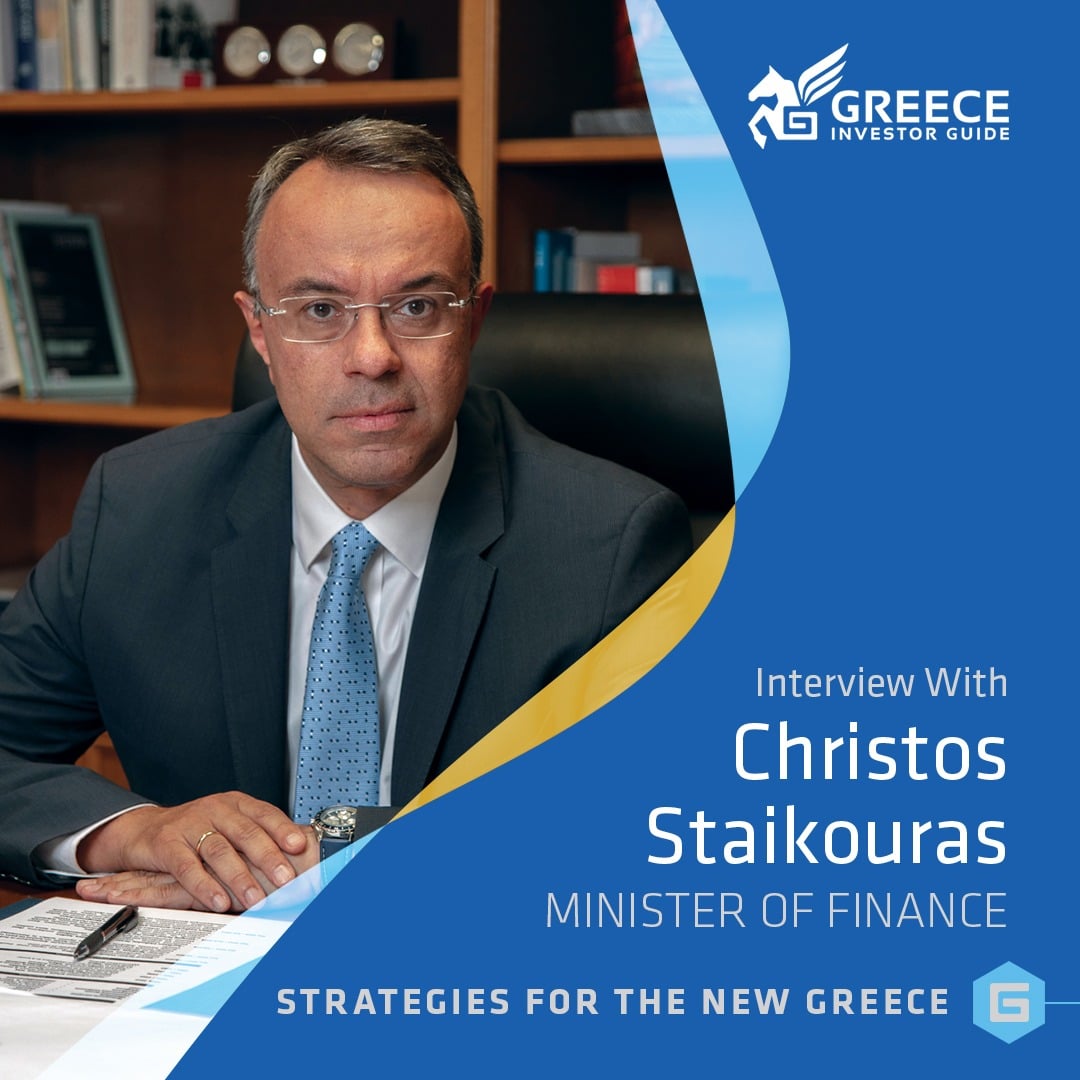 GIG: What are the main components of the Recovery and Resilience Plan?

Staikouras: The NextGenerationEU programme poses a unique opportunity for the Greek Government to further promote productivity and competitiveness. We are determined to seize this opportunity, through the implementation of our National Recovery and Resilience Plan, “Greece 2.0”.

It consists of 173 projects, investments and reforms which in total will mobilise €57.4 billion – including private investment – expected to

add up to 7 percentage points to Greek GDP on a six-year horizon, and to create 200,000 jobs. This, together with €39.9 billion from the EU Multiannual Financial Framework, represents an estimated €97.3 billion in EU and EU-mobilised funds, including leveraged resources, earmarked for Greece.

These high-impact projects, building upon the twin green and digital transition, include the implementation of a digital 5G network on highways, as well as the promotion of important investments in the transport, energy, and urban development sectors; the enhancement of research and innovation; and the digitisation of enterprises. They will be accompanied by significant reforms that will create a growth friendly tax environment, improve the effectiveness of the public administration and judicial system, and enhance the capital markets and financial sector.

This is in addition to a series of reforms and investments directed towards promoting employment, up skilling, and social cohesion, as well as incentivising private investment and economic reform.

GIG: What are your main structural reform priorities? What was the impact of the pandemic on the implementation of your reform plan?

Staikouras: Our Government was elected with an ambitious, yet realistic reform plan, aiming at improving our country’s productivity and competitiveness, as well as its investment attractiveness, to achieve high, sustainable, clever, and inclusive growth.

This plan was immediately put into action and had started to bear fruit until March 2020, when the COVID-19 pandemic caused an abrupt halt to the dynamic growth prospects that had been formed since the 2nd semester of 2019.

Despite adverse circumstances caused by the health crisis, significant progress has been made in many reform areas during the last 12 months. We are committed to stepping up our efforts:

Further reducing NPEs and tackling private indebtedness; broadening the tax base by further improving tax collection, fighting tax evasion and smuggling; boosting privatisations; increasing the public sector’s efficiency and productivity; promoting digitisation in both the public and private sector; improving the educational and the justice system; incentivising innovation and investment in combination with lifting existing barriers; enhancing the sustainability of the pension system; and drastically reducing arrears are some of our Government’s key reform priorities. These are priority areas that we managed to deliver upon, even amidst the pandemic, and on which we are determined to continue working.

GIG: The Government has taken a number of initiatives aimed at attracting foreign investment, including some targeting digital nomads, others family offices, and others focused on the Golden Visa programme. What is the unifying backbone to this strategy? What else should we expect to see going forward?

Staikouras: Despite the COVID-19 outbreak, we worked hard and concluded a framework of incentives targeting multiple categories of new tax residents:

The unifying aspect of these initiatives is to establish a favourable regulatory environment for individuals transferring their tax residence to Greece, thus ensuring a broader tax base, limiting economic distortions, and supporting robust economic growth.

Within this context, future steps include the further reduction of the overall tax burden on labour, and targeted reforms to enhance growth friendly elements of the tax system.

GIG: A new wave of NPLs is expected to arise in the wake of the pandemic, causing a potential setback to ongoing efforts to clean-up the banking sector. How prepared is Greece’s financial system to overcome the effects of this pandemic?

Staikouras: The problem of private debt has been created, accumulated, and increased in previous years. The current Government, since it was elected in July 2019, has been methodically and efficiently dealing with this pre-existing problem. Not only did we continue our efforts during the health crisis, they were accelerated. The same applies to implementing reforms in order to further strengthen the Greek banking sector and increase liquidity injections into the real economy.

First of all, we introduced the “Hercules” non-performing loan (NPL) reduction scheme, which is already a success story. During the first year of the scheme’s implementation, securitisations of a total gross value of €31.3 billion were complemented.

Another major initiative was the new legal framework for debt settlements and second-chance arrangements. This framework is in the implementation phase and will be fully operational in June of this year. This code is really a watershed for managing private debt in Greece. It sets the right incentives for lenders and debtors, unifies previously scattered frameworks, preserves economic value, and allows firms and individuals to move on.

Furthermore, during the pandemic we took a number of initiatives offering conditional, appropriately differentiated, and temporary support to debtors, thus preventing any sharp increase in NPLs. We have also provided, again on the basis of payment capacity, a number of temporary deferral schemes to spread households’ and firms’ liabilities, in time, towards the state.

Another important measure comprised the “Gefyra” 1 and 2 (i.e. “Bridge” 1 and 2) programmes, under which the Government has been able to provide substantial support for loan repayment to citizens and businesses experiencing the financial impact of the health crisis. The “Gefyra 1” programme subsidises mortgage tranches for nine months, supporting citizens with a primary residence loan who have been afflicted by the economic consequences of the pandemic. Respectively, the “Gefyra 2” programme subsidises business loan tranches for 8 months for SMEs, personal enterprises, and self-employed professionals hit by the coronavirus crisis. In both cases, the state supports not only non-performing business loans, but also consistent – in terms of debt servicing – borrowers, thus strengthening the payment culture and rewarding, for the first time, reliable borrowers.

Last but not least, we created the Observatory for Liquidity, which significantly contributes in appraising and increasing the efficiency of the financial sector in supporting the needs of the real economy for liquidity.

Through all the above measures and initiatives, we are forming the best possible base for the financial system to overcome the effects of the pandemic and inject liquidity into the economy. 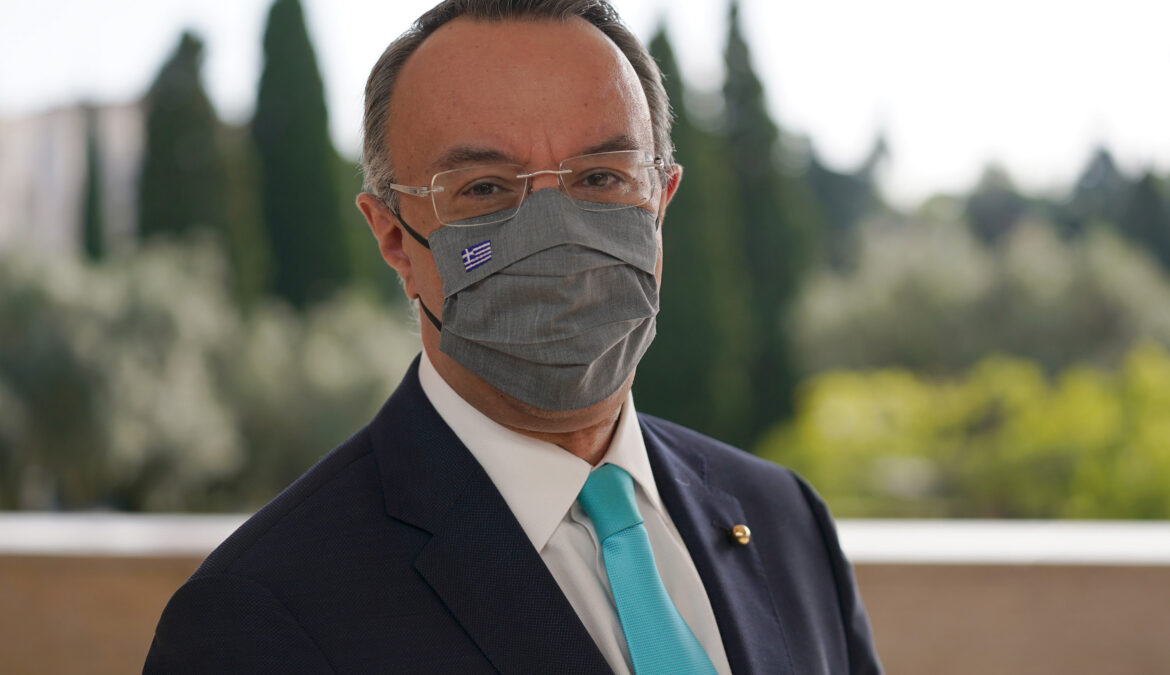 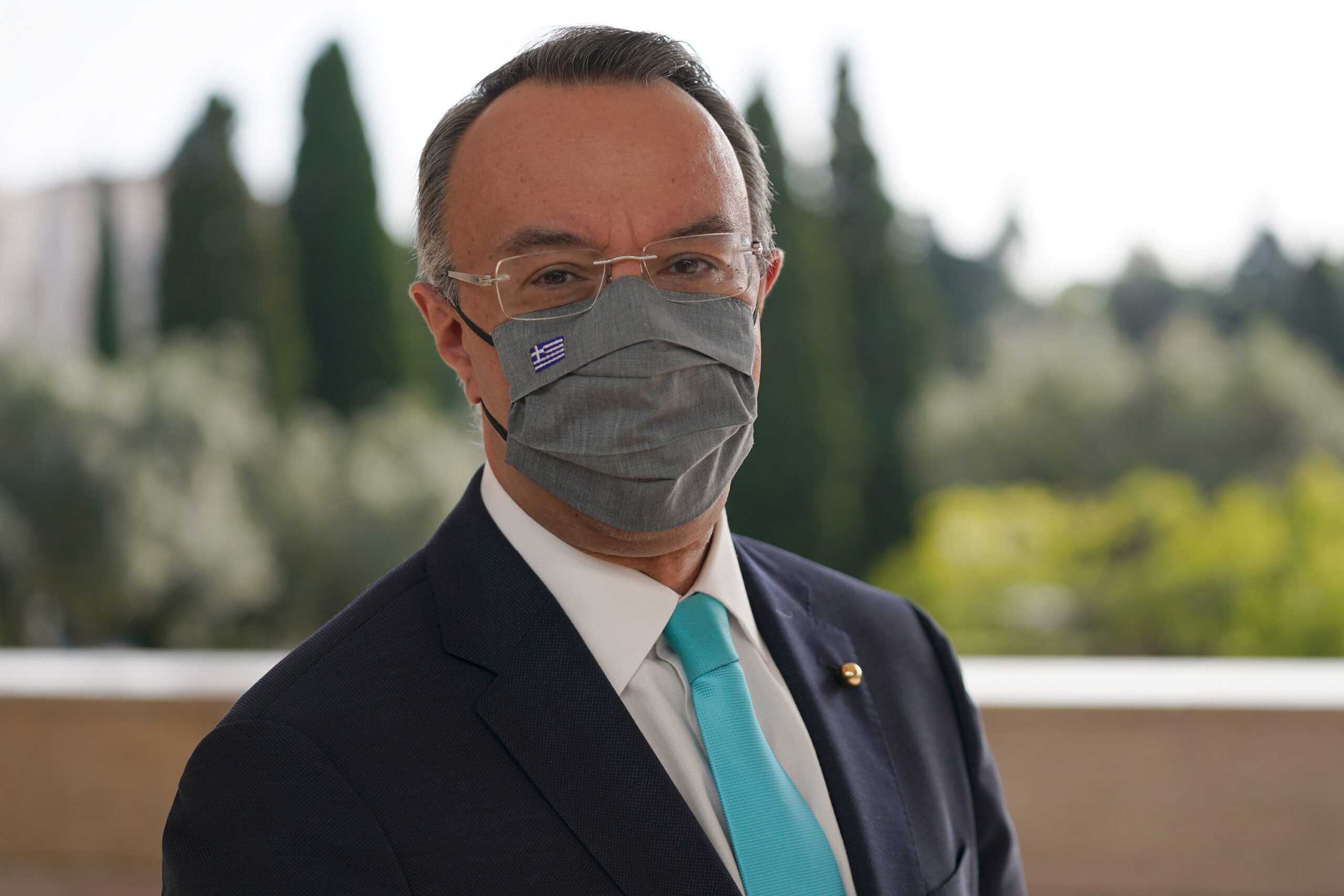 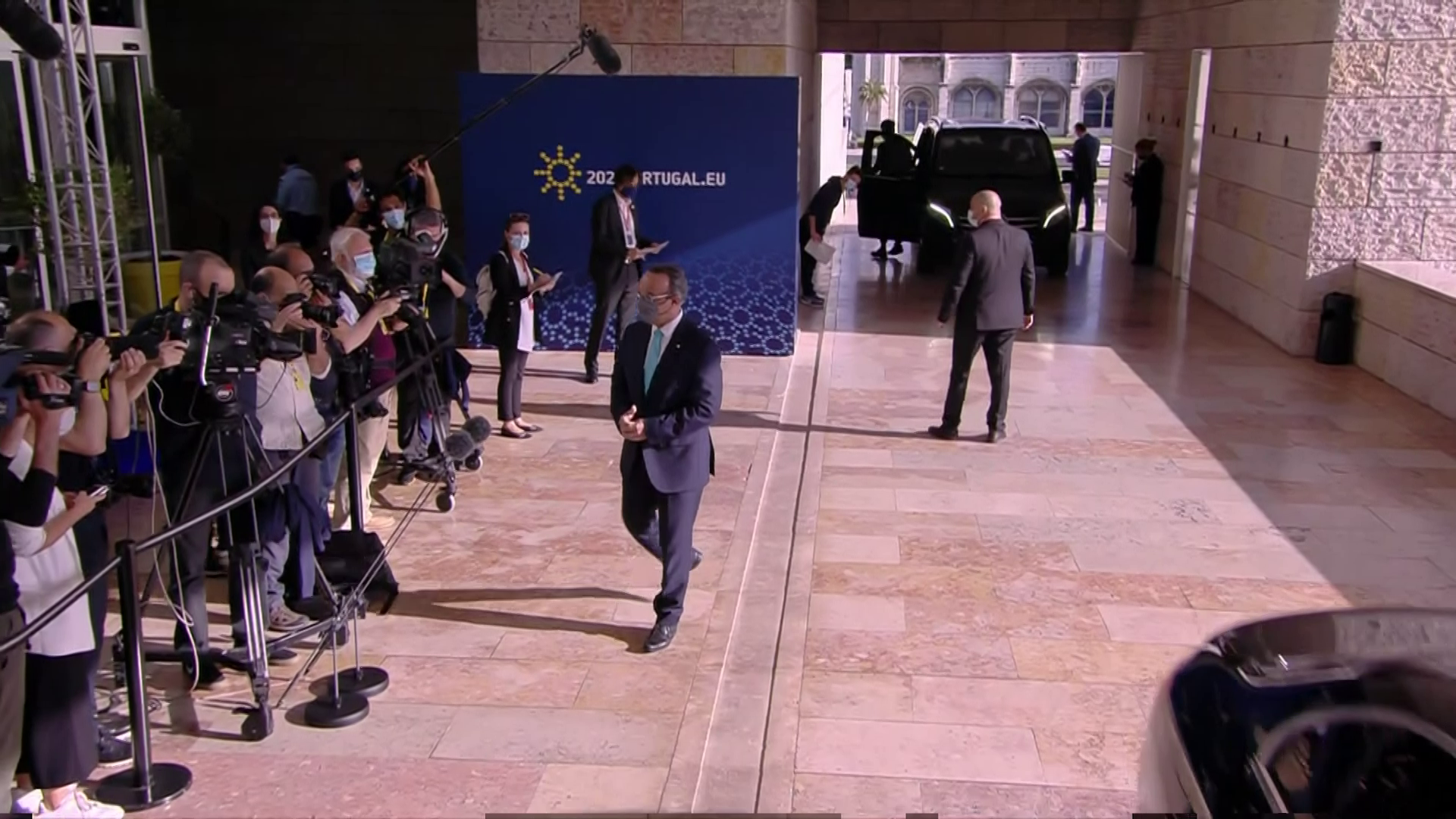 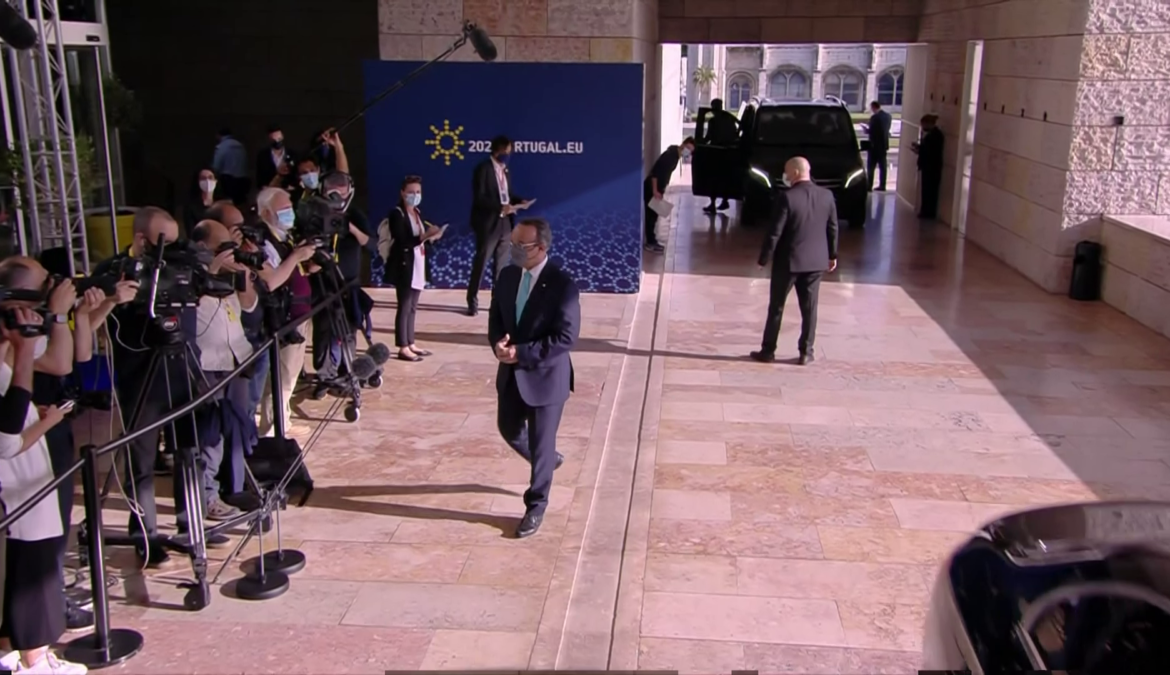